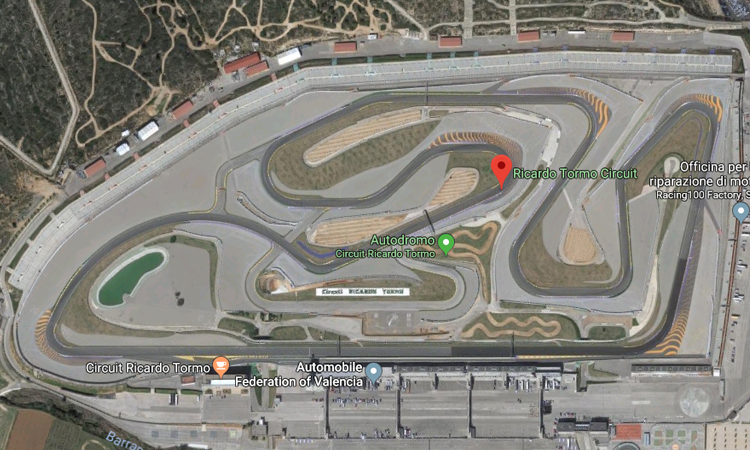 The circuit is located in Spain in Cheste, a few kilometers from Valencia and is named after the Spanish rider Ricardo Tormo who died in 1998.
Its construction works were completed in 1999 and from that same year the World Championship stops on this circuit.

The track extends over a not very large area, with limited altimetric variations and this allows spectators to see much of the circuit from any grandstand. All this creates a very engaging atmosphere for the 150,000 spectators who can be accommodated and for the drivers on the track.

The Ricardo Tormo, thanks to a series of internal variants, can assume different configurations. It has a length of 4005 m, has a straight of 876 meters, with five curves to the right and nine to the left and an average width of 12 meters.
As per tradition, the Grand Prix held on Ricardo Tormo closes the MotoGP season.