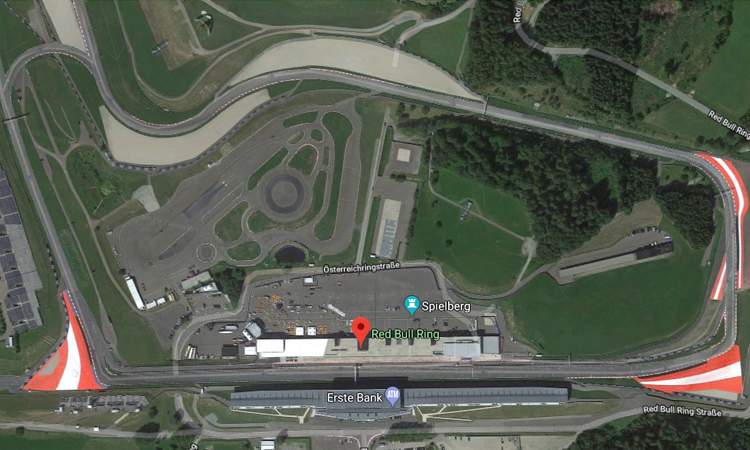 The Red Bull Ring is located in Spielberg bei Knittelfeld in Styria. It was built in 1969 to adapt to the needs of motor racing, which could no longer be held in the Zeltweg military airfield, due to the bumpy and abrasive surface that characterized the facility.

It has been home to many motor racing competitions for many years, including Formula 1, the World Championship and World Superbike.

An interminable series of works have profoundly changed the original layout, which remained inactive for a long time. In 2004, Red Bull acquired ownership of the track, providing for a series of investments to restore the track to the glories of the past. However, due to environmental protests, the works were interrupted.

In April 2008 the ownership of the circuit decided to resume the modernization works of the plant which ended in the autumn of 2010. The circuit in its current state, has a configuration identical to that of the previous A1-Ring, which had been inaugurated in 1996.

The track is 4,318 m long, has 3 left and 7 right curves, with an elevation variation of about 65 meters. The small number of corners and the presence of rather long straights make the circuit very fast. On August 14, 2016, the circuit returned to hosting the World Championship, which had stopped there the last time in 1997.