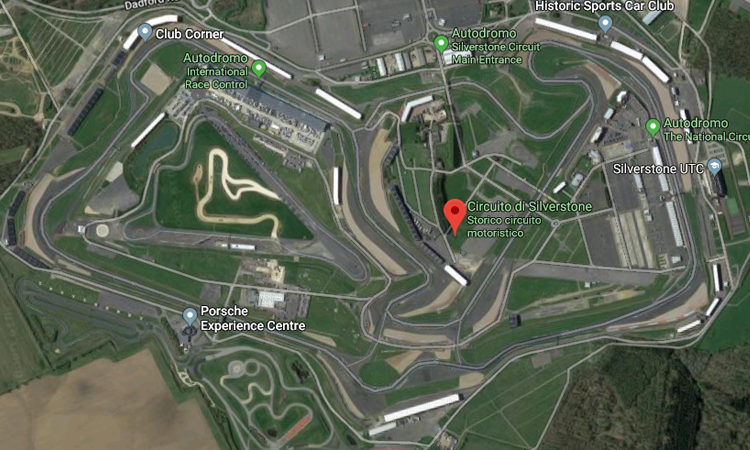 Silverstone was born as a military airport, RAF Silverstone, in 1943. The configuration was the standard one with which all British WWII airports were built with three runways arranged in a triangle.

After the war, the first races used the three take-off runways as a layout. These were connected with three dry curves made with straw bales. A very fast circuit was generated.

From 1950 the perimeter roads began to be used for competitions, thus giving rise to the real circuit, whose layout remained almost unchanged for 37 years.

The last modification on the track was carried out in 2010 and the circuit has been extended by 750 meters. F1 also runs on this same track, but uses more modern and capacious boxes built between the Club and Abbey curves, where the new pit lane and the new paddock have also been built, while the MotoGP uses the old Paddock which is located between the Woodcote curve and the Copse. In 2018 the track was completely resurfaced, but the new, very bumpy and poorly draining surface did not allow the Grand Prix to be held. For this reason, the track was largely resurfaced in 2019.