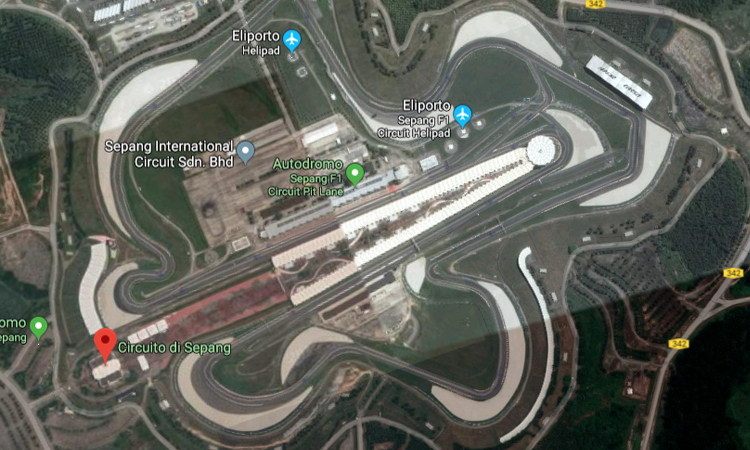 The Sepang International Circuit is located in the Sepang district, in the state of Selangor, about 50 km from the Malaysian capital Kuala Lumpur.
It was built in 1999 in just 14 months, designed by the German engineer Hermann Tilke and at a cost of around 50 million pounds. In the immense area in which it is located, there is a hotel, a golf course, shops and other sports facilities.

The circuit has a length of 5 543 m and has 5 left and 10 right turns. The track is on average 16 m wide and its longest straight is 920 m. In reality there are two almost parallel straights connected by a hairpin bend. The circuit is made up of various types of curves and also thanks to the high width there are many points where overtaking is possible. It must be remembered that the climate, characterized by high temperatures and a considerable humidity index, puts a strain on the engines and the athletic abilities of the pilots.

A stage of the World Championship has been held since 1999.