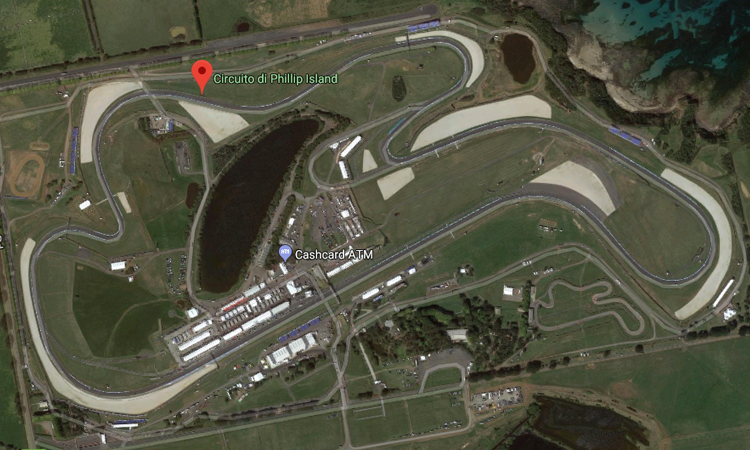 The circuit is located on Phillip Island, in the Victoria region of Australia, near the town of Ventnor. Since the 1920s, the first car races were held in this area on unpaved circuits, while in 1931 the first motorcycle race was held.

In 1956 a permanent circuit was built, but in the 1970s it was abandoned. A restoration work begun in the early eighties and ended in 1985 made it possible to build the current circuit. Since 1997, the World Championship has held a race on this circuit without interruption.

The route is located near a cliff, on undulating terrain, thanks to which there are important and also very spectacular altimetric variations.
It has a length of 4448 m, with an average width of 13 m and has 12 curves, of which 7 to the left and 5 to the right. The track has a single noteworthy straight, which has its last part downhill and which measures 900 m. High speeds are achieved on it. Further along the track we have a lot of large and rather fast corners and two hairpins both on the right.