Ninth position for Romano, Alonso will start from the ninth row 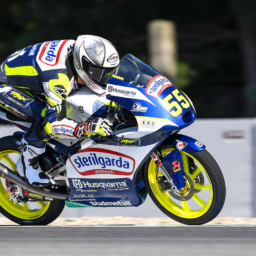 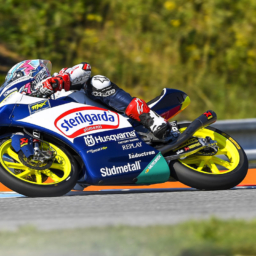 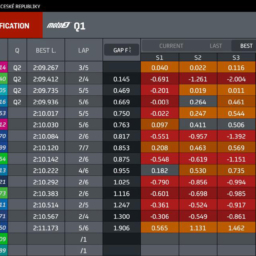 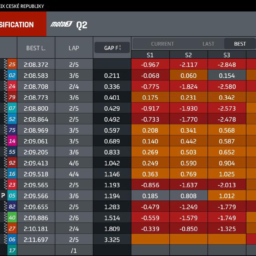 The day of the qualifying of the Grand Prix of Czech Republic started with the announcement that 16 Moto3 pilots have been penalized, because they decelerated too much during the Free Practice 2. Due to this news, only for the penalized pilots, the start of the Free practice 3 has been delayed by 10 minutes. Among the 16 pilots there was also Alonso, who in the remaining minutes of the session did not succeeded in improving the time sealed in the free practice 1.

2’09.785 represents his best lap in the combined ranking. With this result Alonso results to be in twenty-seventh place, thus he had to do the qualifying 1. The qualifying was held under a clear sky and a temperature equal to 30° in the air and 40° on the ground. Unfortunately Alonso was not so lucky in the qualifying, because in the last usable lap in which he was improving his time, he got stuck in the traffic. He sealed the time of 2’10.292, that allow him to occupy the ninth row and in twenty-fifth place in the starting grid.

For what concerns Romano, in the free practice 3 he sealed the excellent time of 2’08.397. This time has allowed him to reach the second place in the combined ranking of the three sessions of free practices. Thus he took directly part in the qualifying 2. At the end of the 15 minutes of qualifying our pilot, in the only run done, sealed the time of 2’09.205, with a gap from the poleman R. Fernandez of 0.833 s. He will take off in ninth place in third row.

Here are the words of our pilots and our Team Owner, the 6 Time World Champion Max Biaggi.

Romano Fenati: “I am not really satisfied of my qualifying, because I personally think that I could have done a better job. Unfortunately i did not succeed in taking advantage of nobody’s contrail, because when i came out of the box all the pilots were pretty slow and they were waiting for someone who would have done the pace. I did not want to fall into any sanction, by slowing down too much and for this reason I was a little bit unlucky. For tomorrow the common problem will be the management of the tires and thus it will be a very hard race. We are in ninth place in third row, but we are not so far from the leader. I have a lot of faith in doing a good race.”

Alonso Lopez: “Today i am not really happy about the obtained result, because i had the usual problems, which tomorrow will let me start off in a bad position. Anyway i feel more prepared for the race than yesterday, because I feel more confident with the bike. I hope to work well in the warm-up, then to be ready for the race and of course to be able to score some points.”

Max Biaggi – Team Owner: “I am not particularly happy about the result of this qualifying. Our expectations were quit different especially for Romano. The race result will have to be written, but we need to work hard to bring home some good results.” 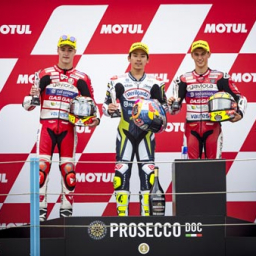 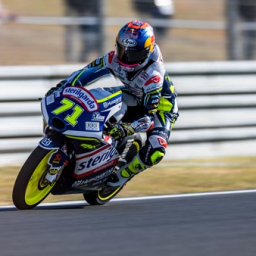 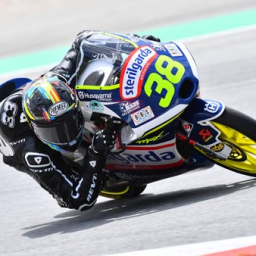 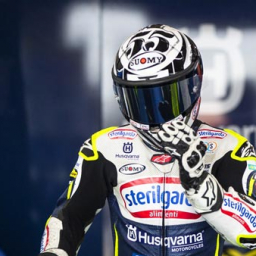 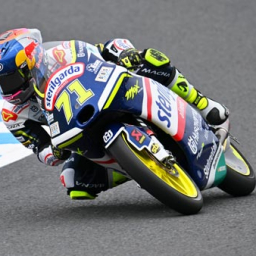 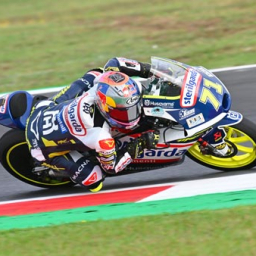 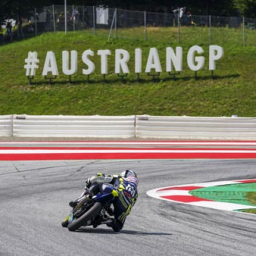 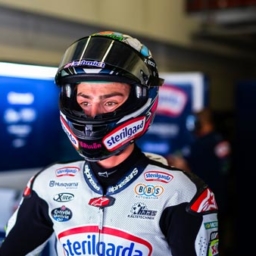 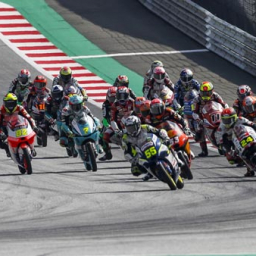