Supremacy of Romano: victory, pole position, and first in each session ! 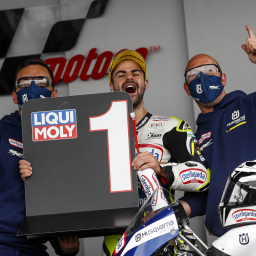 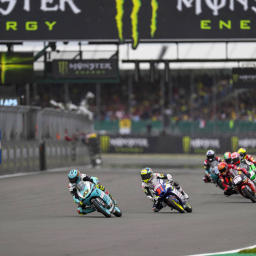 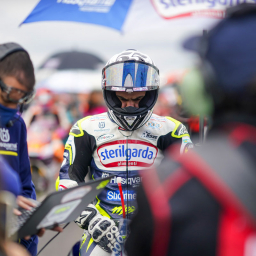 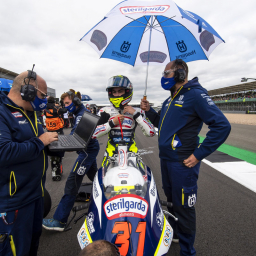 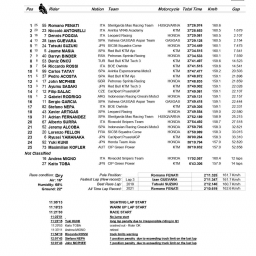 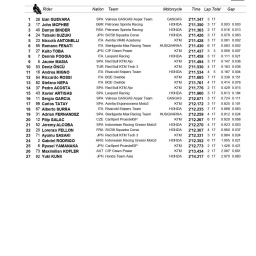 The Grand Prix of Great Britain ends, in which Romano dominated yet from the first session off free practice! indeed he was in first position in each of the sessions of free practice, he obtained the pole position, he was in first position in the warm up, and he obtained a crushing victory, leading the race yet from the first lap! This is the second victory of Romano with the Husqvarna, after Misano 2020 !

Romano started very well from the first position on the grid and he obtained the holeshot, with a deep braking at the first corner. Yet from the first corners Romano started to push, managing to collect an increasing go up from his chasers. The only once that manage to follow our pilot have been N. Antonelli and A. Migno. At twelve laps from the end A. Migno abandoned the group, due to technical problems, whereas N. Antonelli kept following our pilot. Thanks to a very fast pace, the duet at seven laps from the end managed to collect a gap from the chasers of around 4 seconds. At three laps from the end, Romano in full control, has further increased his pace, managing to have a gap from N. Antonelli and cutting the finish line solo. A truly perfect weekend, in which Romano managed to decrease the gap in the world championship ranking, where Romano results to be in third position with 132 points.

Unfortunately on the other side of the pit Adrian did not manage to use the progress, highlighted in the three practice sessions and he ended the race in nineteenth position. It has to be highlighted that in race he obtained the time of 2’12.259, that represents his fastest lap of the weekend. Our rookie was stucked in in a copious group of pilots, in which he fought very hardly, ending the race not too far from the points.

To follow the comments of the winner, of Adrian, and of Max Biaggi, our Team Owner.

Romano Fenati: “We did a perfect weekend. I am aware that it will not be easy to replicate it, but we have to continue to work well as we did until now, to try to repeat. We have always to do our best, staying united. We reduced the gap in the championship, but we have to stay focused to continue to work well in all the remaining races to if you collect as many points as possible.”

Adriàn Fernàndez: “The day started well, because I finished the warm up in eighth position. Instead the race was difficult, because even if I started it well, in Moto 3 it’s hard to overtake and I found myself stuck in a group of 10 pilots. Next race will be in Aragon which is a circuit that I know well and I hope it goes better.”

Max Biaggi – Team Owner: “Perfect weekend, started well and ended with a crushing victory of Romano. In race he expressed all his speed to the sound of fast laps, he controlled his chasers and he made the move at few laps from the end, cutting the finish line solo.
Thanks to this extraordinary performance he also gained points for the championship. Today Romano delighted us with his talent, gifting the Husqvarna and the Sterilgarda Max Racing Team with the second victory after the one in Misano 2020.” 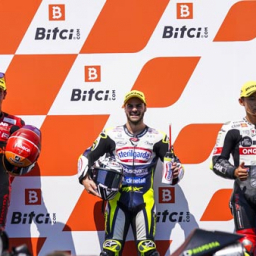 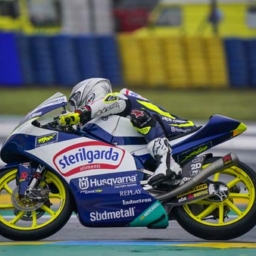 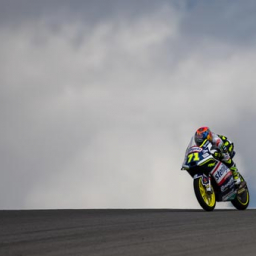 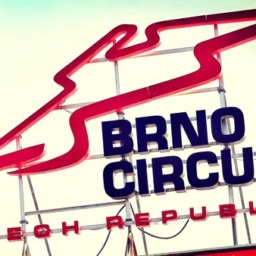 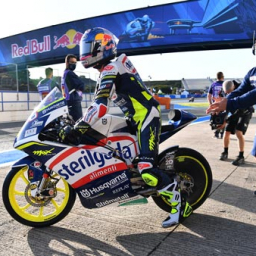 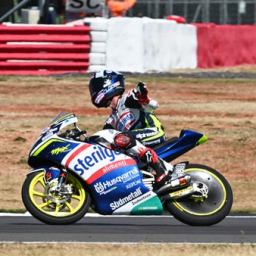