Second Pole in a row and track record for Romano 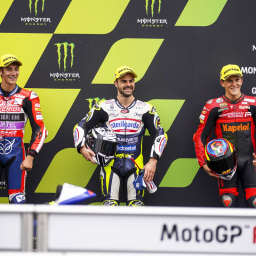 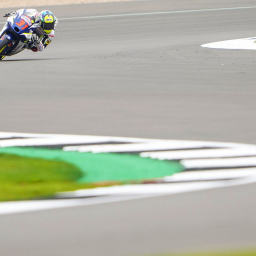 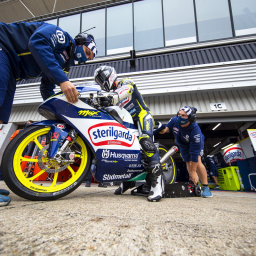 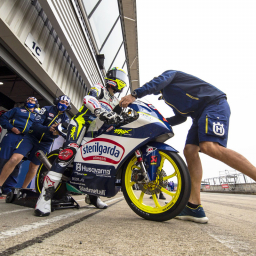 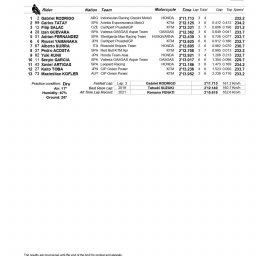 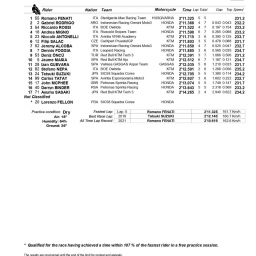 A perfect Saturday ends for our Romano, who sealed the second pole position in a row, after the one achieved on the Red Bull Ring and for him is the second one on the circuit of Silverstone, after the one obtained in 2017.

Romano this morning in the free practice 3 sealed the time of 2’10.619, lowering again the All Time lap Record that he already owned since yesterday. Our team leader showed off again his supremacy on this track, managing to have a gap in the FP3 from his direct chaser of almost half a second !
The circuit of Silverstone, with his 15 meters of width, allowed Romano to express all his talent, delighting the public with the perfect trajectories. Moreover, as always happens, Romano obtained both the pole and the record of the track completely alone, without following any of his colleagues. Throughout the qualifying Romano had to face an additional difficulty, since he realize the pole with only one attempt, after that the other useful lap has been cancelled due to a yellow flag in the T2.

After the good free practice done by Adrian yesterday, when he succeeded to improve his time and to lower the gap in the ranking, this morning in the free practice 3 he replicated the time of Friday, resulting to be in twenty-second position in the combined ranking. He took part in the qualifying 1, missing the access to the Q2 for only 0.077 s. Our rookie realized the time of 2’12.439, that represents his best lap on the circuit of Silverstone.

Let us leave the floor to our Poleman Romano, to Adriàn, and to our Team Owner Max Biaggi.

Romano Fenati: “The second pole in a row makes me really happy. We are working well, but we have to improve a little bit the setting of the bike, because the other pilots go pretty fast and tomorrow they will be there in front. It will be a very hard race for sure.”

Adriàn Fernàndez: “The second day on the new track was very positive and the feeling that I had was better than the one experienced yesterday. Even if I improved my time in the qualifying 1, for only few thousands I did not have the chance to compete in the qualifying 2. I am overall happy with the result that I accomplished and I am sure that tomorrow will be better.”

Max Biaggi – Team Owner: “Another Pole, after the one realized in Austria. Romano was impressive, since he showed off are huge superiority, realizing the record of the track and managing to have unusual gaps for the Moto3. Adriàn missed passing the Q1 for few thousands, but he has anyway improved his time.” 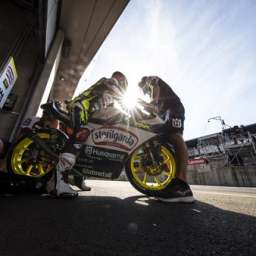 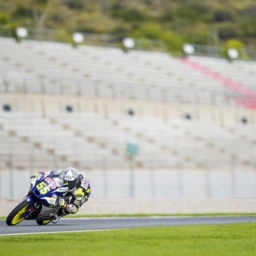 Both Romano and Alonso in top ten. At last sun on the Ricardo Tormo
08 Nov 2020 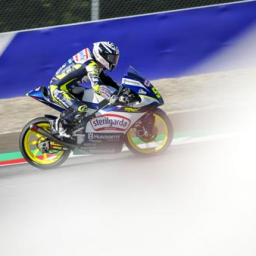 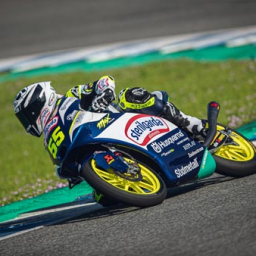 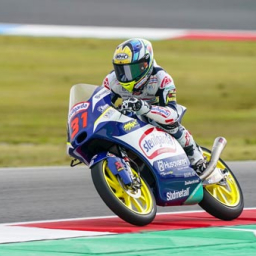 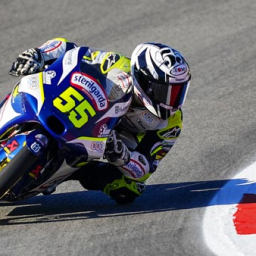 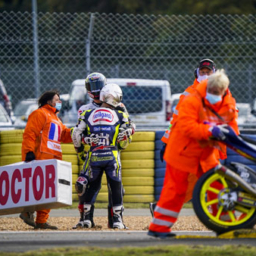