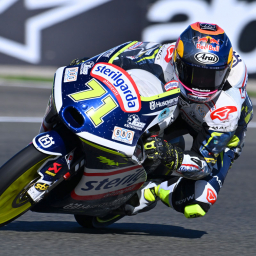 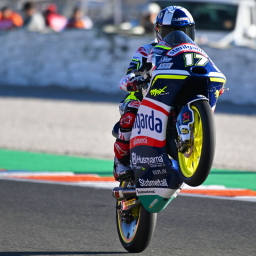 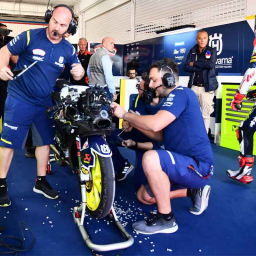 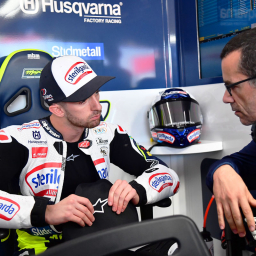 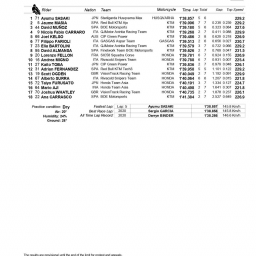 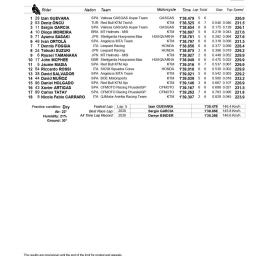 It must be said that in this last weekend, as for strong emotions we are not missing anything. Ayumu has accustomed us to being fast since the first rounds, rarely making mistakes. In this weekend he has collected three falls, the last of which in qualifying 2.

With the second crash in free practice 3 this morning, Ayumu lost the chance to go straight to qualifying 2. In fact, in the decisive time attack he slipped in turn 12, losing the chance to improve his time. For this reason, he took part in the qualifying 1, where he did not make any mistakes and, with a time of 1’38.857, he got the first position, thus gaining access to Q2.

On the other side of the box, John didn’t make any mistakes and, in free practice 3 this morning, he improved his best lap, getting the ninth position in the combined standings and entering qualifying 2.

John gradually increased his pace during qualifying and on the last lap he got the time of 1’38.949, with which he was tenth. For him six laps completed and 0.470s gap.

AYUMU SASAKI : “Today was pretty crazy, I would say. We improved a little bit from yesterday in FP3, but we knew it was not enough, we knew what was the problem, so together with my crew chief we worked hard and we solved the problem. We needed to make a big step setupwise, and we made it. In Q1 it was difficult to understand how to ride the bike because it was completely different from yesterday, but we improved a lot. I crashed twice, but this is because I needed to push in order to understand the bike, so I am not worried about that. We improved, we know un which direction we have to go, and we made a big step from yesterday so this is the most important thing. Finally I feel quite comfortable with the bike, so we just need to make small adjustments in the warm-up and we are ready for the race. P5 is a good way to finish qualifying.”

JOHN MCPHEE : “Overall the lap times are so close here in Valencia, so although we are in P10, the pace and the rhythm is quite strong. I have been strong on a whole all the weekend and competitive in every session, so this is positive. I done my personal fastest ever lap in Valencia, and that’s also a good point. I am looking forward to enjoy my final race in Moto3 tomorrow, and overall it has been a nice weekend.”

MAX BIAGGI – TEAM OWNER : “Qualifications a bit troubled and full of emotions. Ayumu in fact slipped for the third time this weekend, but fortunately neither he nor the bike have suffered consequences. The minutes needed to restore the bike seemed endless, but fortunately the team managed to get back on track Ayumu, in time to get a good second row. A little further back John, I expect tomorrow he can be in the leading group, after the great victory in Malaysia.” 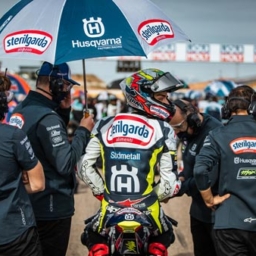 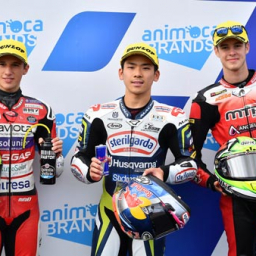 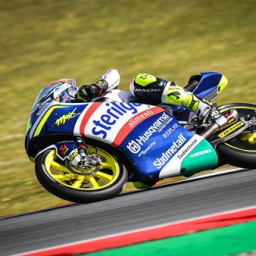 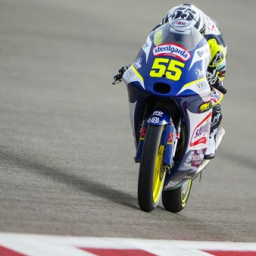 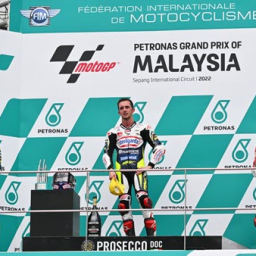 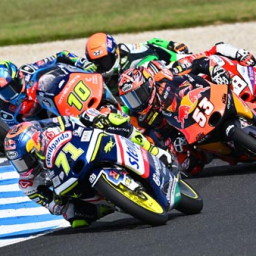 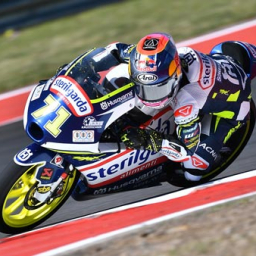 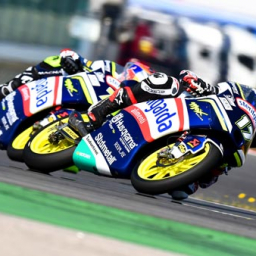 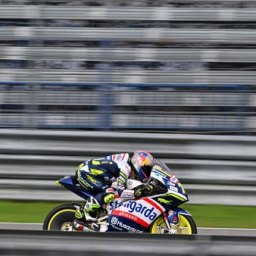 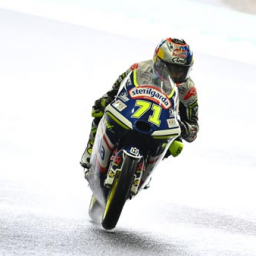 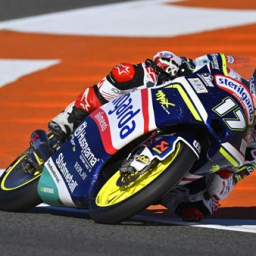