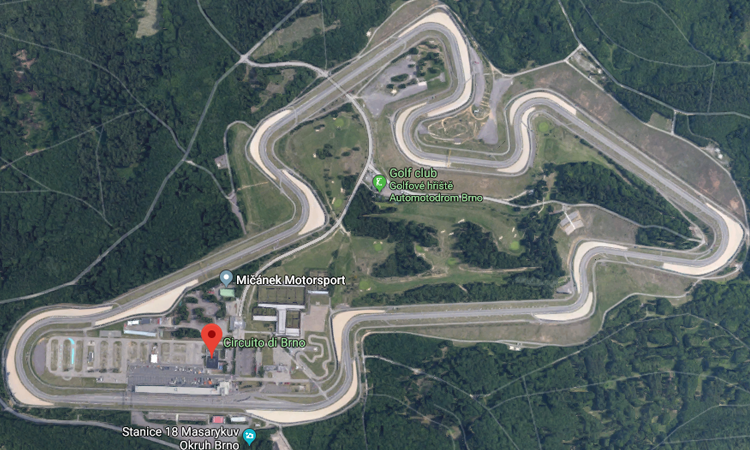 The Brno circuit is located about 14 km from the city of the same name. It extends into a centuries-old wood and the conformation of the circuit follows the orographic profile of the area in which it stands. It is a rather complex circuit, which showcases the driving skills of the most talented drivers. Fast curves, with sudden changes of direction and quite important changes in altitude, make it one of the most fascinating tracks on the championship calendar.

As often happened in Europe in the early twentieth century, the first Brno circuit was born on roads open to traffic, with a length of about 30 km.

A series of changes over the years have generated a substantial decrease in the length of the track, until the current track was inaugurated in 1982, measuring 5403 m, with 8 right-hand and 6 left-hand curves and an average width of about 15 m. The route runs clockwise.

The world championship was held for the first time on this track in 1965 and the world speed championship has been held there since 1982, with a single interruption in 1992.
In 2008 the track was completely resurfaced.

The most victorious driver on this track is six-time world champion Max Biaggi, who managed to get 11 victories in the four classes in which he raced.